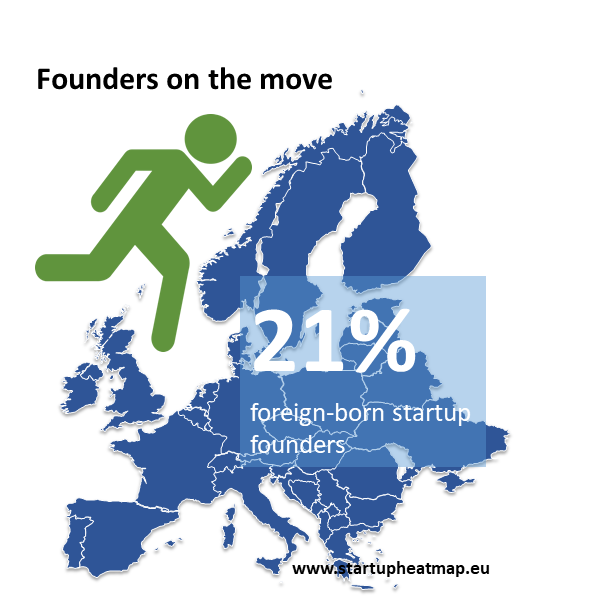 Overall, the key reasons for founders to move somewhere to establish a business are access to talent (a score of 4.20 out of 5), followed by ease of doing business (3.85) and access to capital (3.69).

Overall, roughly half (48%) of founders moved to another city to start a business, with 21% moving to a different country, and 19% to a different region altogether. Overall, however, given the ease of labor mobility within the EU in particular (although not within all the countries surveyed), this fraction is lower than what one might expect. Perhaps this indicates that most founders are quite satisfied with the level of opportunity available within their own country or region (although maybe not their own city), and this bodes well for overall dispersion and distribution of startups around Europe. In other words, not everyone simply packs up and moves to London, Berlin or Stockholm to start an enterprise. 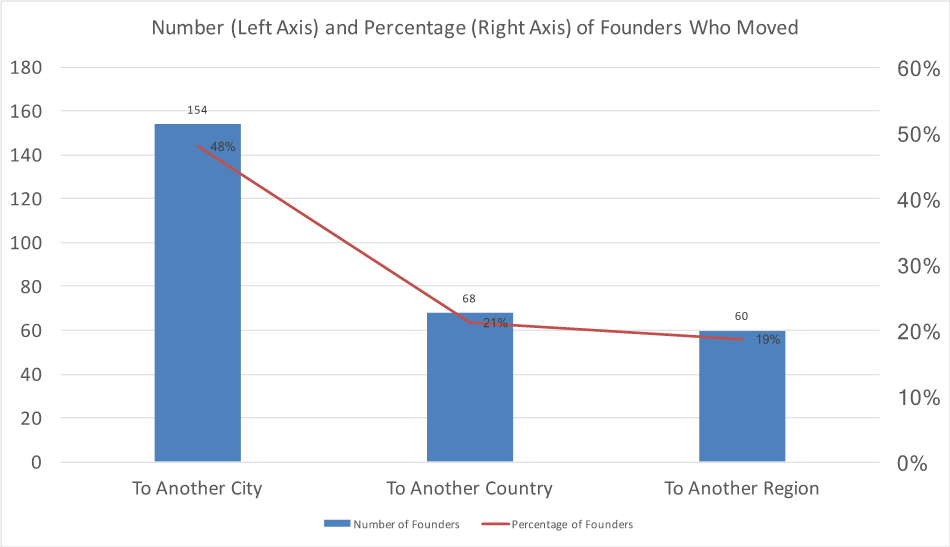 Breaking the above data down regionally, we can observe that the two regions where most of the international exodus happened are Central and Eastern Europe (CEE) and the Mediterranean. In the former, 29% of founders moved to another country, whereas 21% moved to a different region altogether. In the Mediterranean, 17% of founders each moved countries and regions. On the other hand, in Western Europe, only 9% of founders changed countries, and another 6% changed their regions. One reasonable hypothesis is that founders in the CEE and Mediterranean are relatively dissatisfied with access to talent, capital and the wider ecosystem in their regions compared to their Western European peers. 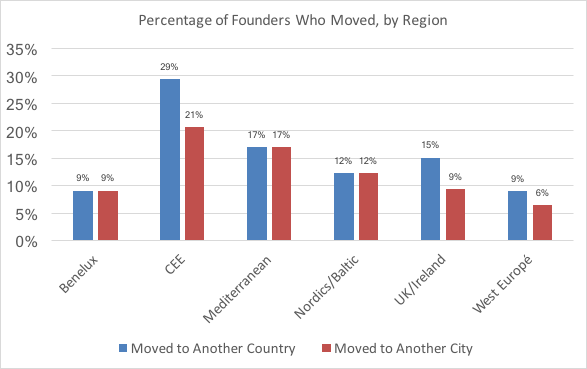 Looking at the distances of the move, the greatest distances of move from their place of origin is also for the Mediterranean and CEE founders (321 km and 296 km respectively), which ties in with the above data. They are just more likely to go further (and change regions, not just country) to start new enterprises. The smallest distances are for Benelux founders (97 km) and Western European founders (170 km). The overall EU average is 224 km. For non-EU founders, the average distance of move is 7596 km, however this mostly reflects the geography and the countries surveyed (the distance from, say, Tel Aviv to London or Stockholm is quite large), and hence it skews the average if included. Therefore, the chart below only includes data for the moves of EU founders. 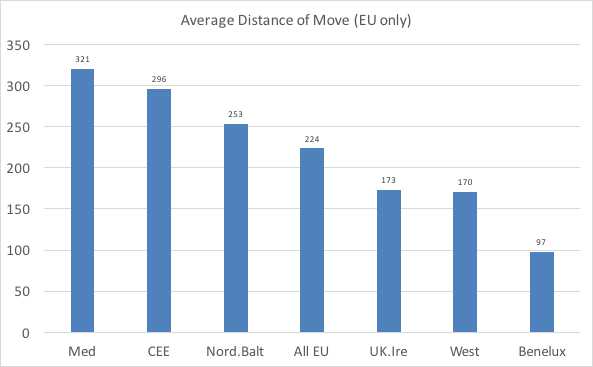